This turned up a few weeks back but I've only just had a chance to take a look at it.  It's a bit dirty, the hinge covers are damaged and there are a couple of screws missing.  It did however come with not one, but two power supplies which is a bit of luck as it's not a normal round connector but a square-ish one with 4 prongs inside it. 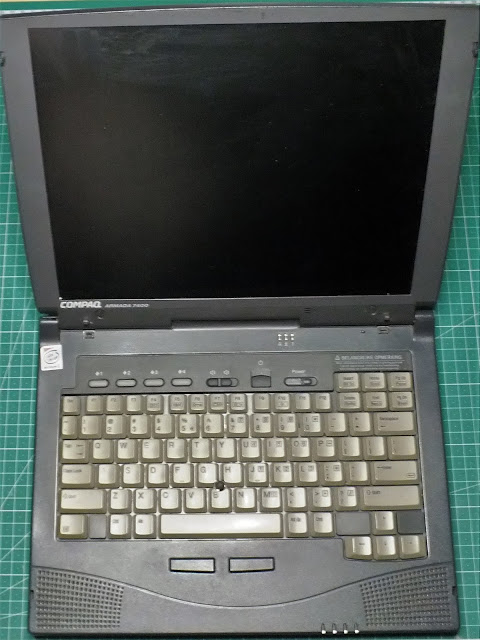 On connecting up one of the power supplies that came with this laptop I briefly saw the Compaq logo appear on the screen before it turned itself off.  Seems there is a loose connection as when I wiggled the power cable at the rear of the laptop it would let me power it on but as soon as I moved the cable slightly it powered off again - I'll have to take it apart and see if it's fixable at a later date.