Drivers for Windows 95 and Windows 98 laptops are not always easy to find so it comes in handy if you have the original System Restore Disks that may have originally come with the laptop but the world of Retro Computing isnt always that forthcoming as a lot of the discs have been either lost or thrown away over the years - so what can you do to get hold of old system restore discs I hear you ask?!

Well, you can visit https://www.archive.org which is the Internet Archive website and you can see if anyone has uploaded a backup copy there that you can download, burn to a disc and then restore your Vintage/Retro laptop back to factory settings!

The only way these disc images get on to the Internet Archives website is by people uploading disc images of the Restore Discs that they have.  This is why it is important that if you have any system restore discs, when you  get a chance, make backup images of them and get them uploaded to the site.

In this quick video I will show you one way of creating a CD disc backup and how easy it is to upload them to the Internet Archives website...

Using A Universal Power Adaptor With Your Retro Computing Laptop

I don't know what people are doing with the original power supplies for some of the laptops I keep buying but more often than not, I'm either getting the wrong power supply (they seem to think it's OK to use any ol' power supply even if it's the wrong Voltage) or I'm not getting any power supply at all.

To begin with I would scour the likes of eBay and Amazon looking for the correct power supply that would have originally come with the laptops and pay between £7 and £25 without even knowing if the laptop(s) worked or not!

Then, it suddenly dawned on me, there must have been some Universal Laptop Power Adaptors 'back in the day' - I wonder if I can find some on eBay...


Just in case you want to try and get hold of some yourselves, here is a list of the part numbers of the Universal/Replacement Laptop Power Adapters that I have:


Although these model numbers are no longer manufactured, every now and again 'New Old Stock' seems to turn up on eBay and that's what all these are/were, new but old stock and were never used until I got them - in fact at the time of writing this I have two more 2-Power NOS power adapters on their way to me in the post!  It's amazing what you can find if you look hard enough.
No comments:

How to Test and Wipe a Retro IDE Hard Disk Drive

Some just do a quick format (not the best way), other may even do a full format (still not the best way) but I test any hard disk drives I get from Car Boot Sales or eBay by using Active KillDisk as it's (currently) Free for Personal Use and in this short video I will show you what I do... 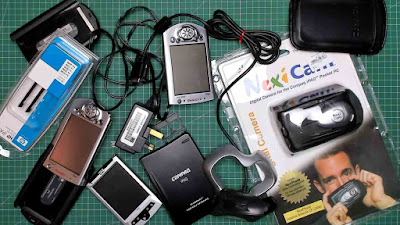 My iPAQ collection isnt massive (that's what she said) but it does have a couple of interesing items in it; namely a Targus Stoway keyboard and a Nexicam Digital Camera addon and in this video I will not only test them but show you how to install them - assuming they all work that is!...  It was a bit of a faff at times as I don't have a working battery on the iPAQs that I have as they are very expensive to get hold of and with zero power, when you disconnect the power you lose everything on the iPAQ and have to keep starting again from scratch...


I've sped up the installation sequences so if you have a go at installing the software shown in this video yourselves it will take a bit longer than shown!
No comments:

Here's another one of the sub-£2 laptops I picked up earlier on in the year, namely an IBM ThinkPad 380Z. 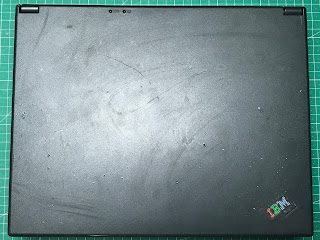 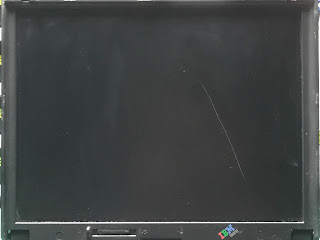 As you can see the lid is dirty and there's a great big scratch on the screen completely and utterly ruining it :( 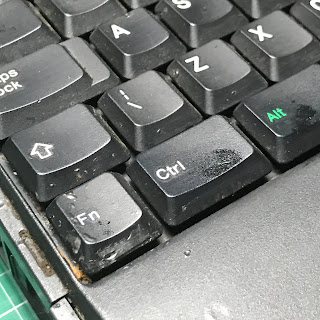 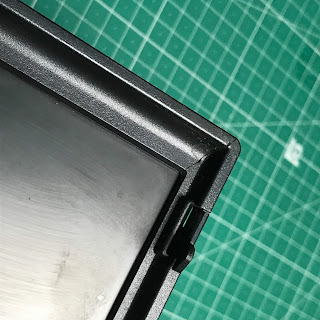 On top of that theres a crack in the corner of the screens bezel and there's something nasty and disgusting on a couple of the keys. 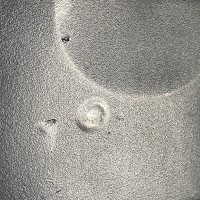 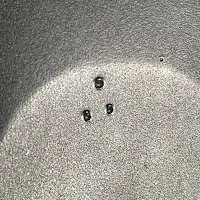 There are also some very strange markings and dents on parts of the laptop but I have no idea what they are. 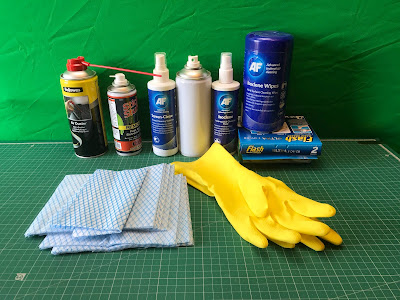 After gathering up my laptop cleaning gear, I got down to giving this latop a thorough cleaning...


One thing I have learnt from doing this video is that going forward, even if I'm not making a YouTube video, I shall start recording anyway as for those of you who have seen the video will know that whilst air dusting the laptop a spring shot off across the screen that basically stopped the power button working!  Luckily I spotted this whilst I was editing the video and found the spring under my screwdriver set and it's now safely in a small plastic bag and Sellotaped to the laptop!

As you will see from the photos below, it's a hell of a lot cleaner than when I started but the weird and wonderfull markings and dents are still there - looks like something acidic has touched the laptop but no idea what. 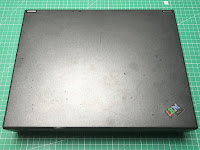 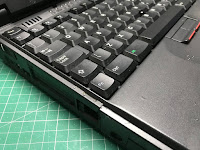 Because it has no Hard Disk Drive or HDD Caddy, it's covered in scratches and strange dents and has a few cracks in the case I have labelled this one up as Spares and Repairs - you can't win them all, beside for £1.90 it's well worth it for the parts in case I get another one of these that requires a floppy disk drive or CD-ROM drive :) 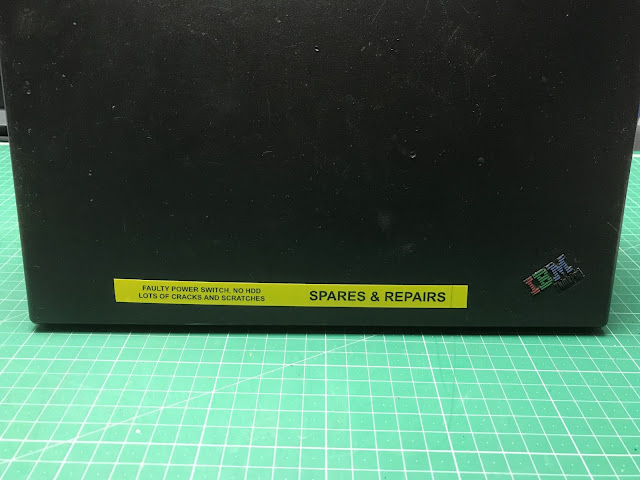 As it cost me under £2 at a Car Boot Sale earlier on in the year, it's not surprising this little beauty did not come with a power adapter, not to worry though as I just so happen to have a box of geniune adapters 'just in case'...

First things first, time to check the voltage on the power adapter I have to ensure it doesnt damage the laptop: 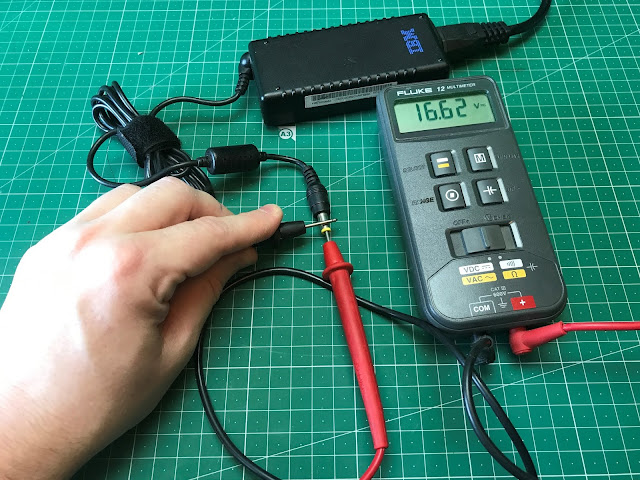 It's the correct voltage so we're good to go!


As you can see not only did the laptop power on, but it has a working hard disk drive in it with what appears to be a relatively fresh installation of Windows 95 on it! 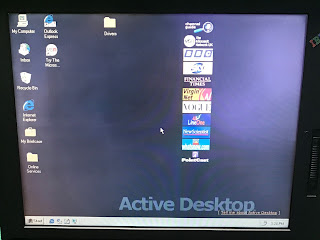 Overall the laptop is in very good condition, although there is some damage to the bottom right-hand corner: 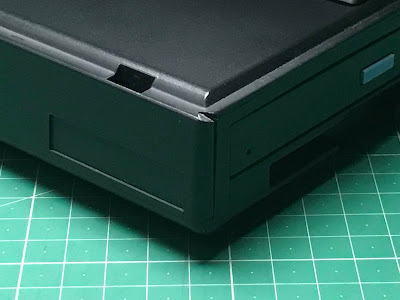 I was pleasantly surprised to see Who Wants To Be A Millionaire (just about) runs on this laptop even if the playing back of videos was a but jerky it was still playable.

Retro Gaming - Installing and Testing Some Games I Picked Up

I picked up these games a few weeks back but I've only just had a chance to see if any of them work and if they do, are the games I've picked any good?!

As the laptop I was using is a Windows XP laptop I didn't think this would work but thought I'd give it a go but as expected, it didn't work so got a thumbs down from me.

This is one my most played games of all times, certainly in the top 10 of my favourite Retro Games (oooh - that's a good idea, I'll have to create one of them)...

I spent many an hour on this game and loved every minute of it - even when all the patients got the squits and vomited all over the floor!


FRIENDS - The One With All The Trivia

In the UK Friends was shown on Channel 4 at 9pm on a Friday night and was a must watch TV show and as Netflix has shown, it still is!  I never knew this game existed until the other day so had to pick it up and give it a go... 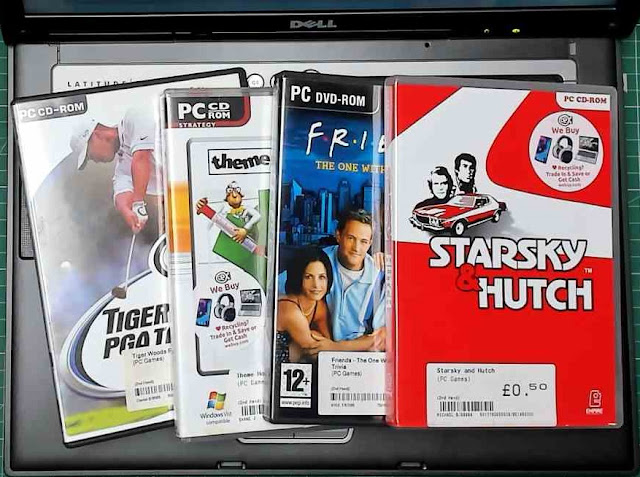 Upgrading The RAM on a DELL Latitude D820 Laptop

As you may have seen from lots of previous posts, I have amassed quite a collection of Retro Software from Operating Systems and Utilities to plenty of Games so it's about time I got some laptops ready to start using them all...

I am going to start with this rather nice Dell Latitude D820 that has Windows XP on it - although it has already got 1GB of RAM (2 x 512MB sticks) I'm going to upgrade it to 2GB for not other reason than I can :)


Now I've got my test Windows XP laptop all set up it's time to get testing things so watch this space!...
No comments:

How To... Replace The CMOS Battery In A Dell Latitude D820 Laptop

Changing the CMOS battery on a Dell Latitude D820 is a lot easier than a lot of other laptops that I've seen and in this video not only will I show you where it is and how to change it I will also show you how to make your own rather than having to buy one off of eBay!

To make your own battery you will need the following items:


Appologies for the bad jokes (there aren't many) - #thatswhatshesaid
1 comment: